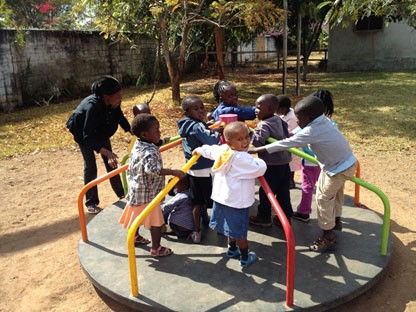 We thank you for your business. Not only do we get to provide wonderful life experiences for our clients, we also get the opportunity to give back to those in need. Each year we donate a percentage of our revenue to support the Kafakumba Training Center Preschool in Luanshya, Zambia. We are passionate about this organization, and invite you to meet the children shown below.

This mission equips the people of Zambia with an understanding of the principles of the Kingdom of God in order to transform lives: Community, Servanthood, Focus on the least, Trusteeship, Nonviolence, Love, and Unity.

When you do business with CKIM Group not only do you get outstanding travel memories, you also help support important development projects. A portion of our yearly revenue is donated to the Kafakumba Training Center Preschool. This establishment is the result of years of work by John and Kendra Enright, who served as missionaries in Africa since 1973 and in Zambia since the war in the Congo forced them to shift their operations in 1999. Kafakumba offers an informal vocational school and a pastor’s school in addition to the preschool, as well as business projects such as fish farming, banana plantations, livestock, woodworking, beekeeping, and harvesting aloe vera, among others. Sadly, John Enright perished in an automobile accident near the end of 2017, but with your help, we can keep one small part of his legacy alive.

The work of the Enright family has transformed the Luanshya district from a mine dependency town to one of agriculture. John also worked to set up farming blocks along the Zambia/Democratic Republic of Congo border aimed at revamping agriculture. In 2015 the beekeeping section alone contracted thousands of households, harvesting 150 tons of honey and paying out about $100,000 dollars to smallholder farmers in the Miombo forests of Zambia. These operations can be continued and even expanded with the help of people like you. All you need to do is business with CKIM Group –we take care of the rest.

2014 was the start of the preschool as an extension of the God’s Kids ministry here at Kafakumba Training Center. There at least 10 at-risk children who come from mostly single-parent homes.

CKIM provides monthly financial support on behalf of its clients.